Is This the Same Journey?

As many times as I have read Og Mandino’s The Greatest Salesman in the World, one would think I should have it memorized.  Yet, every time, a new thought rises from a page and sets itself apart.  It is fascinating how that happens!

When I was first introduced to Haanel, Mandino, the Sit, Shapes, Colors, and Note cards, the repetitive actions were a mere check list.  Over time and practicing consistency, a habit has formed.  This habit has opened doors and windows in my psyche that seemed non existent – making the Sit my absolutely favorite part, which is not missed, no matter what!

Practicing these good habits fills every part of me, pushing bad habits out and leaving no room for them to return.  This is in line with my favorite scripture from  Matthew 12: 43 – 45, “When the unclean spirit has gone out of a person, it passes through waterless places seeking rest, but finds none.  The it says, ‘I will return to my house from which I came.’  And when it comes, it finds the house empty, swept, and put in order.  Then it goes and brings with it seven other spirits more evil than itself, and they enter and dwell there, and the state of that person is worse than the first…..”

Thus, the importance of filling our subconscious with good thoughts, forming good habits, for the good journey to a good and fulfilling life.  This makes so much sense.  I clean out the negative, destructive, and  discouraging behaviors (bad habits), but if I don’t replace them with positive, uplifting, and encouraging behaviors (good habits), I will have left a vacuum into which worse behaviors than the former will settle.

Keep at it!  It is only for 6 months.  The months are going to pass by anyway – it is time to stop doing the same thing over and over again, expecting a different result (= insanity).  Filling myself with with readings and sitting, has fueled my excitement for tomorrow.  The picture of my tomorrow is being refined!

I always keep my promises. 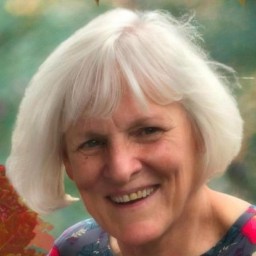 I am a veteran home educator, mother of 3, grandmother of one, who loves Living Life to the fullest and encouraging other mature individuals, like myself, to do the same – through Love, positivity, and self-directed thinking.
A decade ago, I made the decision to live my life according to my own terms. Of course, my terms are not your terms. That’s the beauty of this journey!
There is so much to discover!
Journey with me!

Week 9 – Recovery is a Choice

Week 9 – Recovery is a Choice

What am I watering?

What am I watering?

Join my Private Newsletter to learn things like - "How to create more happiness with less stress" and other cool stuff.  It's FREE. Do it now...